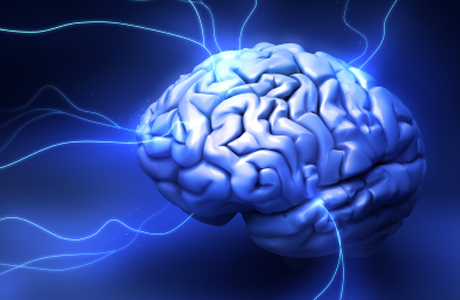 Researchers have long known that regular exercise increases the number of organelles called mitochondria in muscle cells. Since mitochondria are responsible for generating energy, this numerical boost is thought to underlie many of the positive physical effects of exercise, such as increased strength and endurance.

Exercise also has a number of positive mental effects, such as relieving depression, improving memory and preventing mild cognitive decline. However, the mechanism behind these mental effects has for a long time been unclear. In a study in mice, researchers at the University of South Carolina discovered that regular exercise also increases mitochondrial numbers in brain cells, a potential cause for exercise's beneficial mental effects.

After eight weeks, researchers examined brain and muscle tissue from some of the mice in each group to test for signs of increases in mitochondria. Additionally, some of the mice from each group performed a "run to fatigue" test to assess their endurance after the eight-week period.

Confirming previous studies, the results showed that mice in the exercise group had increased mitochondria in their muscle tissue compared to mice in the sedentary group. However, the researchers also found that the exercising mice also showed several positive markers of mitochondria increase in the brain, including a rise in the expression of genes for different regulators for mitochondrial production.

These results correlated well with the animals' increased fitness. Overall, mice in the exercise group increased their run to fatigue times from about 74 minutes to about 126 minutes. No change was seen for the sedentary mice.

What does it mean?

These findings suggest that exercise training increases the number of mitochondria in the brain much like it increases mitochondria in muscles. The study authors note that this increase in brain mitochondria may play a role in boosting exercise endurance by making the brain more resistant to fatigue, which can affect physical performance.

They also suggest that this boost in brain mitochondria could have clinical implications for mental disorders, making exercise a potential treatment for psychiatric disorders, genetic disorders, and neurodegenerative diseases.

These findings could lead to the enhancement of athletic performance through reduced mental and physical fatigue, as well as to the expanded use of exercise as a therapeutic option to attenuate the negative effects of aging, and the treatment and/or prevention of "neurological diseases," the authors say.