How exercise affects your brain 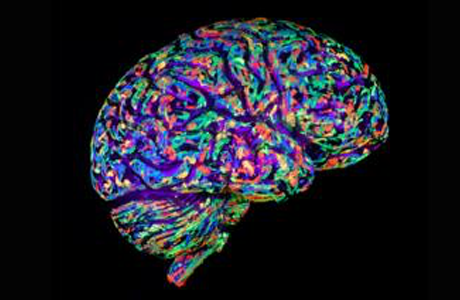 Exercise is a highly metabolic process in which the muscle tissues increase their demand for oxygen and the secretion of waste products such as carbon dioxide. In response to these demands, the amount of blood pumped by the heart increases.

This increase in blood flow not only affects the muscle tissues but also reaches the brain, supplying more oxygen and fuel, enabling brain cells to function at a higher level. That's part of the reason why you often feel more alert and focused during and after exercise. As well as acute effects, physical activity results in the improvement of brain blood flow regulation not only during exercise but also in the long term.

Aerobic exercise (e.g. running, walking), stimulates the production of neurotrophic factors in the brain. These molecules are responsible for the growth, development and maintenance of neurons (brain cells). One of these neurotrophic factors, brain-derived neurotrophic factor (BDNF), plays an important role in neurogenesis, the growth of new brain cells. The increase in BDNF in the brain with exercise has been shown to enhance the production and differentiation of new cells in the hippocampus (the part of the brain that is responsible for long-term memory and learning). Other regions of the brain have also been shown to enlarge in response to physical activity, benefiting other areas of cognition including attention, motor coordination and learning. Increased levels of the neurotrophic factor IGF-1 (insulin-like growth factor) from regular exercise enhances the effect of BDNF in the formation of new cells and has its own neuroprotective effects.

Another neurotrophic factor, VEGF (vascular endothelial growth factor - this is a blood vessel growth promoting factor) protects your brain from low levels of oxygen (hypoxia) by inducing the formation of new blood vessels in your brain to deliver more oxygen.

Neuroplasticity is the brain's ability to be 'plastic' or malleable by rewiring and remodeling itself in response to experiences and new learning. A brain that is plastic can be thought of as flexible and more able to learn and solve problems. Our brains are most plastic in childhood which is a period of rapid learning and development. This naturally diminishes as we get older but there are ways to promote continual neuroplasticity. Exercise is important as it improves our ability to create new neural pathways between brain cells as well as protecting brain cells. Exercise leads to greater neuron density in the prefrontal cortex which is responsible for executive skills such as impulse control and judgment. Reasoning and motivation also take place in this area of the brain. Physical activity adds neuronal connections in the prefrontal cortex facilitating the process of making choices and developing willpower.

During exercise your brain produces alpha waves. Alpha waves are the brainwave that is associated with states of calm, focus and attention.

Exercise stimulates the secretion of endorphins. These chemicals interact with the opioid receptors in the brain to activate them and reduce the perception of pain. Moderate intensity exercise especially appears to increase the secretion of ?-endorphins which apparently have significantly greater analgesic potency of morphine (Interestingly the word endorphin = 'endogenous morphine'). Secretion of endorphins also results in improved mood states triggering a positive feeling in the body that helps to combat mild depression and anxiety.

We often think of the benefits of exercise for our body but forget just how important it is for our brain. Hopefully this highlights the importance of regular exercise to stay mentally sharp and give you added incentive to stick to your activity routine.